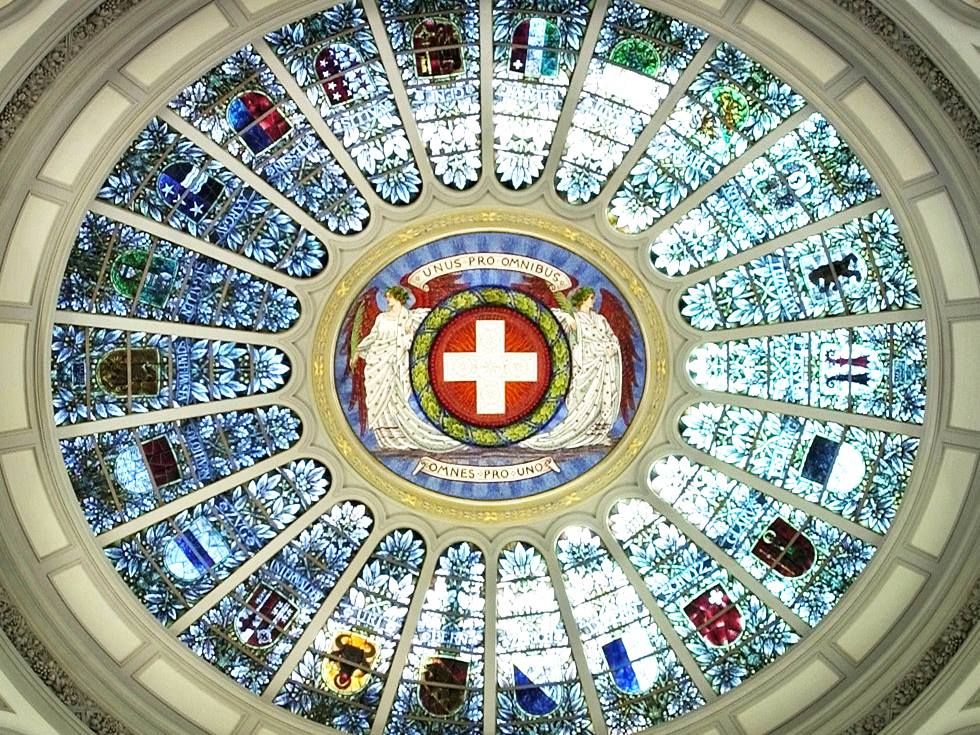 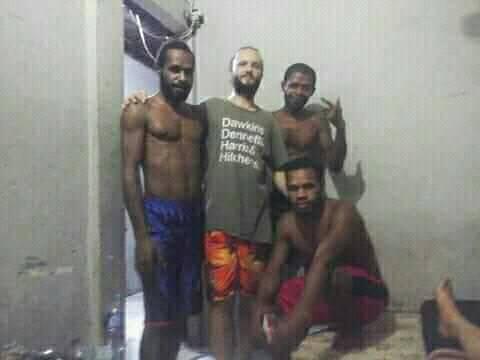 Jakub or Jakob Skrzypski
is in the middle, with the beard.

Jakub is in jail in Papoua / Indonesia!
SAVE JAKUB, ONE OF OUR MOST ACTIVE MILITANT FOR POSITIVE MONEY. 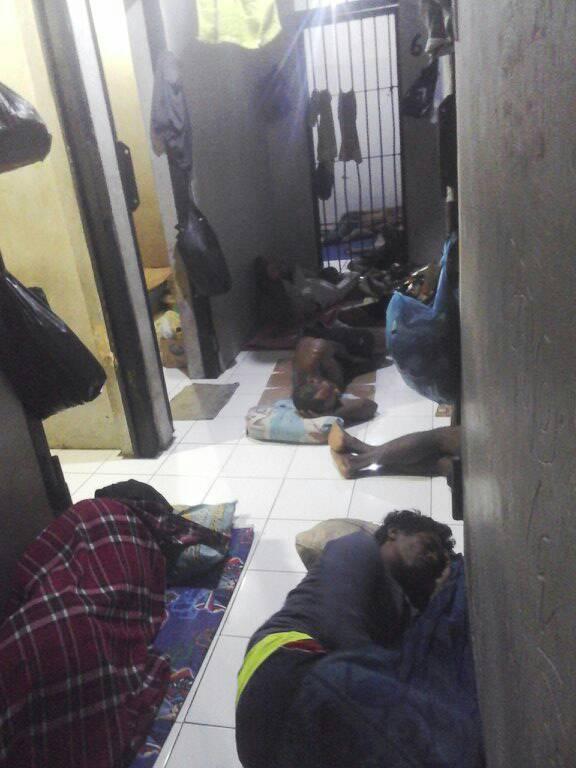 The head of the local police force - KAPOLDA Martuani Siregar. The investigators who have made so many problems and intimidations - Lintong Simanjuntak and Niko Situmorang
He is detained in

PLEASE, WRTITE TO HIM YOUR SUPPORT, THANK YOU

Ask the chief of police to release him, otherwise Indonesia will have a poor image, because they don't have real evidence against him, it's the political issue, to keep their image etc.

If ever, the chief of the country's police force is KAPOLRI Tito Karnafian

The problem is that the police did everything to prevent the consul and his lawyer, chosen by his family to help him when the investigation was ongoing.

Please,  mention the conditions in the judgment, a trick for all human rights organisations.to be contacted...
Again, thank you for what you can do now and asap. 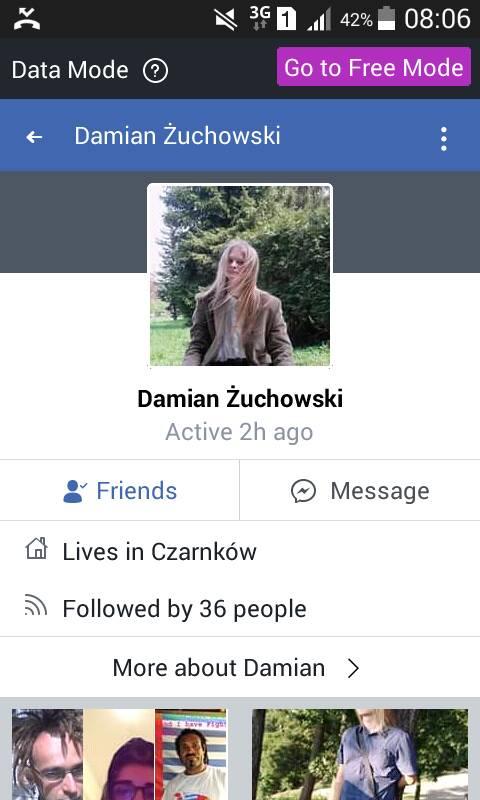 Hi Stephen,
I thank you so much to give us information about Jakub. Yes we took contact with the Polish Embassy in Switzerland and in Jakarta and the Indonesian Embassy in Switzerland. The Polish Embassy in Jakarta answered us that they give only information to his family, who’s informed about Jakub’s detention in Indonesia in the meantime.
I know Jakub less than one year. I had the opportunity to meet him during the meetings for the initiative of the sovereign money here in Switzerland in the city of Lausanne. I took the advantage during this period to speak about the NGO WBBC Wind of Bethlehem Breath of Charity, I wanted to create and register with a couple of people in Bulgaria. Its Headquarter is here in Switzerland. Jakub travelled with me to Bulgaria to become a member of the association registered in Bulgaria.
Yes Jakub is a person who loves to travel and to act for good causes. But as I know him he’s an active pacific supporter… I can’t imagine that Jakub would have used guns. If they are some photos from Jakub with guns, I don’t know the context about.
Could you have a possibility to take contact with Jakub’s family? We don’t have the contacts from his family? Maybe the family could give more information about the photos and the context?
Romuald Djomo has experience with the Embassy’s and has a badge at the United Nations Organization for human rights. He’s a volunteer of the NGO VBBC here in Switzerland.
What do you think about the idea to involve the Poland’s foreign minister Jacek Czaputowicz?!
Best Regards 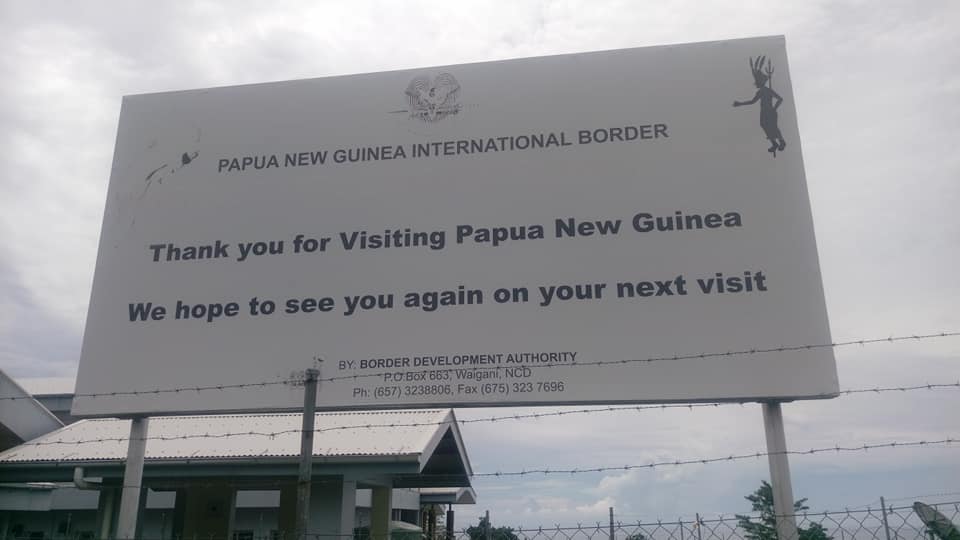 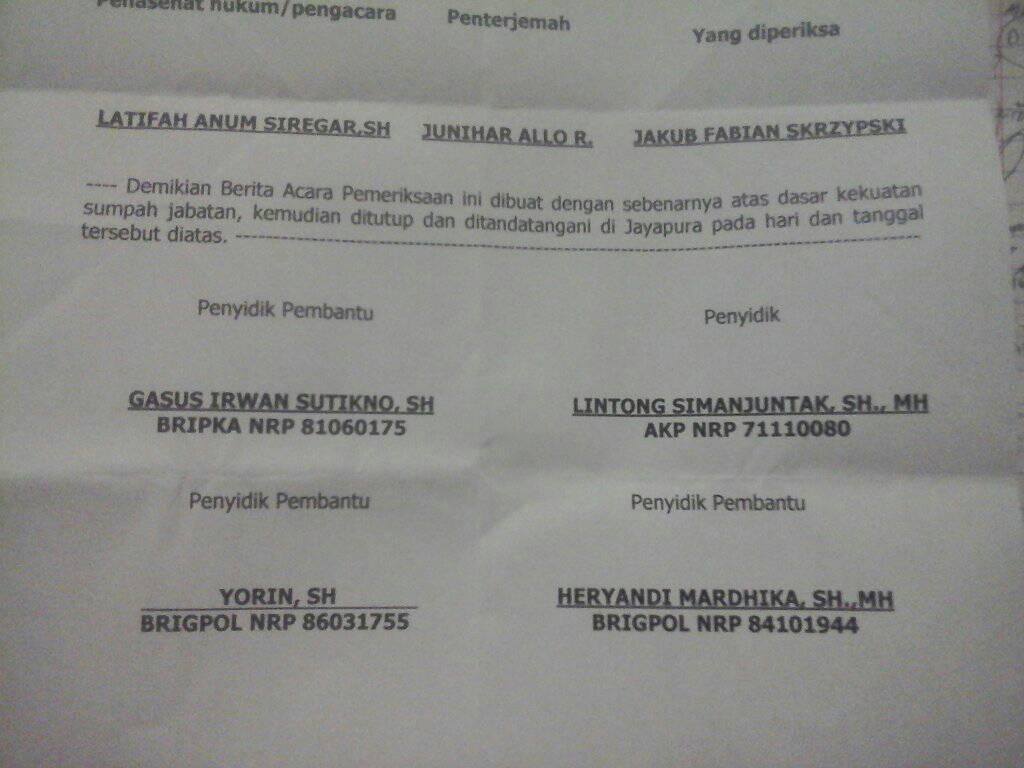 
Traduire cette page
17 sept. 2018 - Poland's Foreign Ministry says it is assisting a Polish man charged by Indonesia with treason and have asked to meet with him. Jakub ...


Traduire cette page
20 sept. 2018 - A Polish man arrested in Papua province by Indonesian police has denied that he conspired to overthrow the government. Jakub Skrzypski, a ...


Traduire cette page
31 août 2018 - Jakub Fabian Skrzypski was charged after he was detained for questioning earlier this week, according to police, who said he intended to film ...


Traduire cette page
29 août 2018 - A police report seen Wednesday by The Associated Press describes Jakub FabianSkrzypski as a journalist who was in contact with Papuan ...


Traduire cette page
18 sept. 2018 - Simon Magal and Jakub Skrzypski were arrested separately in August in Papua and police allege they were involved with an armed ...


Traduire cette page
30 août 2018 - Jakub Fabian Skrzypski entered Indonesia on a tourist visa but was suspected of reporting as a journalist, said the spokesman, Arrmanatha ...


Traduire cette page
View the profiles of people named Jakub Skrzypski. Join Facebook to connect with Jakub Skrzypskiand others you may know. Facebook gives people the ...


Traduire cette page
Get in touch with Jakób Skrzypski and 14 million other members when you join Couchsurfing! Couchsurfing is the best place to find local accomodation, meetup ...

JOINT STATEMENT: CALL FOR IMMEDIATE RELEASE OF SIMON MAGAL AND JAKUB SKRZYPSKI - The West Papuan and Polish pair have been charged with treason

TAPOL and the East Timor and Indonesia Action Network (ETAN) call for immediate release of Simon Carlos Magal and Jakub Fabian Skrzypski. In the event that Mr. Skrzypski is prosecuted, we call on all representative parties to ensure that he is afforded a fair trial.
Indonesian police arrested West Papuan student Simon Carlos Magal, 29, on 1 September 2018 in Timika, in connection with the arrest of Jakub Fabian Skrzypski several days earlier.[1]  According to news reports, Mr. Skrzypski, a Polish citizen, was visiting West Papua as a tourist when he was detained by police in Wamena. He was arrested on suspicion of being a journalist, and for reportedly meeting with alleged members of an armed independence group in West Papua.[2] The two men have been charged with treason and are currently in jail awaiting trial in Jayapura.
The opinions and facts included below are based on information collected from media reports, human rights defenders on the ground, and families and friends of those affected. We understand the complications of the subject matter at hand. We also recognise the sensitivity of the issues and the Indonesian police’s role in investigating any activities not in accordance with the law, particularly relating to the dealing and possession of arms. The following findings have not yet been published in any media. Our aim is to shine more light on this case and to encourage Indonesian law enforcement agencies and the general public to maintain the presumption of innocence towards both Mr. Magal and Mr. Skrzypski.
Before his arrest, Mr. Magal was preparing to depart for post-graduate studies in Australia. A well-respected West Papuan lecturer, MY, has publicly condemned the arrest and expressed his frustration. Mr. Magal planned to join MY as a lecturer at the most prominent state university in West Papua once Mr. Magal finishes his studies. Mr. Magal’s contacts with Mr. Skrzypski were limited and Mr. Magal has no capacity to carry out the weapons negotiations that he is being accused.
Charging Mr. Magal with treason for having met Mr. Skrzypski and communicated with him on Facebook is excessive and not commensurate with Mr. Magal’s actions. We believe that Mr. Magal has simply been dragged in by the actions of Mr. Skrzypski. Our findings show that Mr. Skrzypski is merely a tourist who may have been acting recklessly and irresponsibly in a conflict area. As a result, local people like Mr. Magal are left to face superfluous consequences.
Close friends of Mr. Skrzypski that we interviewed describe him as an avid ‘extreme’ traveller with a passion for other cultures, languages, and humanitarian issues. He had previously travelled to Armenia, Myanmar, and Iraq to learn about their cultures and respective histories of genocide. Before finally visiting West Papua, he had travelled multiple times to many places in Indonesia. He can speak Indonesian and, to a lesser degree, some local languages including Javanese, Ambonese, and Sumbanese.
Sources indicate that Indonesian police used Mr. Skrzypski’s photos of him holding guns as evidence of him being an arms dealer. A clarification that we received from one of Mr. Skrzypski’s travelmates, alias AS, is that some of the photos was taken at an indoor sport shooting range located in Vaud, Switzerland, where Mr. Skrzypski had been living since 2008. Police confiscated all of Mr. Skrzypski’s belongings, including the Liberté et Patrie, Vaud’s cantonal flag.
As an ‘extreme’ traveller, the West Papua Liberation Army is not the first armed independence group that he has met for the sake of adventure. He had also visited the Kurdish Liberation Army in the troubled Qandil mountains region in Iraq in Spring 2017, before the liberation of Mosul from ISIS. His intention to learn about West Papua’s struggle is indeed easily misinterpreted by the Indonesian government. While Mr. Skrzypski’s choices may have been irresponsible and regrettable, his circumstances appear those of an idealistic and naive traveller, and not one of a criminal. By being accused of multiple counts of treason, we feel he has been unfairly charged.
According to people that Mr. Skrzypski met in West Papua, he told them that he wished to learn about West Papuan culture, language, and their struggle for self-determination. He did document his travel and meetings, as many tourists do, which ought not to be confused with “journalistic activities.”
Reports indicate that Indonesian police were concerned about videos obtained from Mr. Skrzypski’s phone. Some videos allegedly depict several West Papuans thanking the Republic of Poland for Mr. Skrzypski’s visit. We feel this should not cause an over-reaction. Expressions of thanks to an individual’s State, instead of towards the individuals themselves, is a way West Papuans commonly express thanks for international solidarity.
Two other West Papuans, EW and AW, were arrested for possession of ammunition at a similar time and location as Mr. Skrzypski’s arrest. A prominent local human rights defender, GK, who had met EW, AW, and Mr. Skrzypski, found that the ammunition belonged to EW and AW and not Mr. Skrzypski. He believes that the two separate cases have been confused.
Convictions for treason charges can carry maximum sentence of life imprisonment or 20 years in Indonesia. The charge has long been used in West Papua to intimidate those who oppose or question Indonesian rule there, and to criminalise rights to freedom of expression. These latest charges against Mr. Magal and Mr. Skrzypski jeopardize the Indonesian government’s efforts to strengthen national democracy, and reverses a trend which showed fewer cases tried for treason over the past few years.
Recommendations
We call for:

We believe that Mr. Skrzypski has been unfairly charged. In the event he is prosecuted, we call on all representative parties to:

We call on the Indonesian government to:

I am Jacob's friend writing on his behalf. He has been detained without charges at the police station TAHTI POLDA in Jayapura, Papua, Sam Ratulangi street since the 27th of August in bad conditions, denied access to books, writing material or contact with the outside.

If you want to help, make pressure at indonesian embassy IN YOUR COUNTRY, the police station (interrogator's name: Situmorang)or contact the Polish consulate in Jakarta.

Please note, that this number can be used
ONLY in special, life-threatening issues,
NOT in visa cases,
for visa and other non-urgent cases please contact
via the normal line during office hours.

Dear Sonja Mletzkowsky,
Thank you for your email. I would like to inform you that all information about detained J.F.S. we already passed to his family.
If you have more information please contact with them. We do not provide information people outside from his family.
Best regards 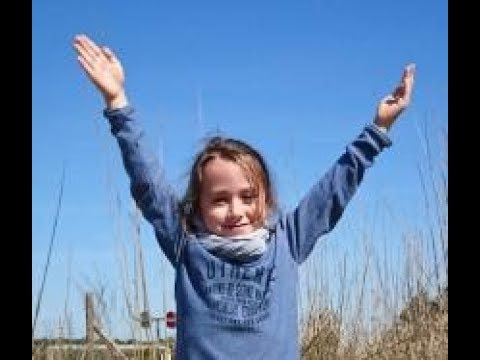 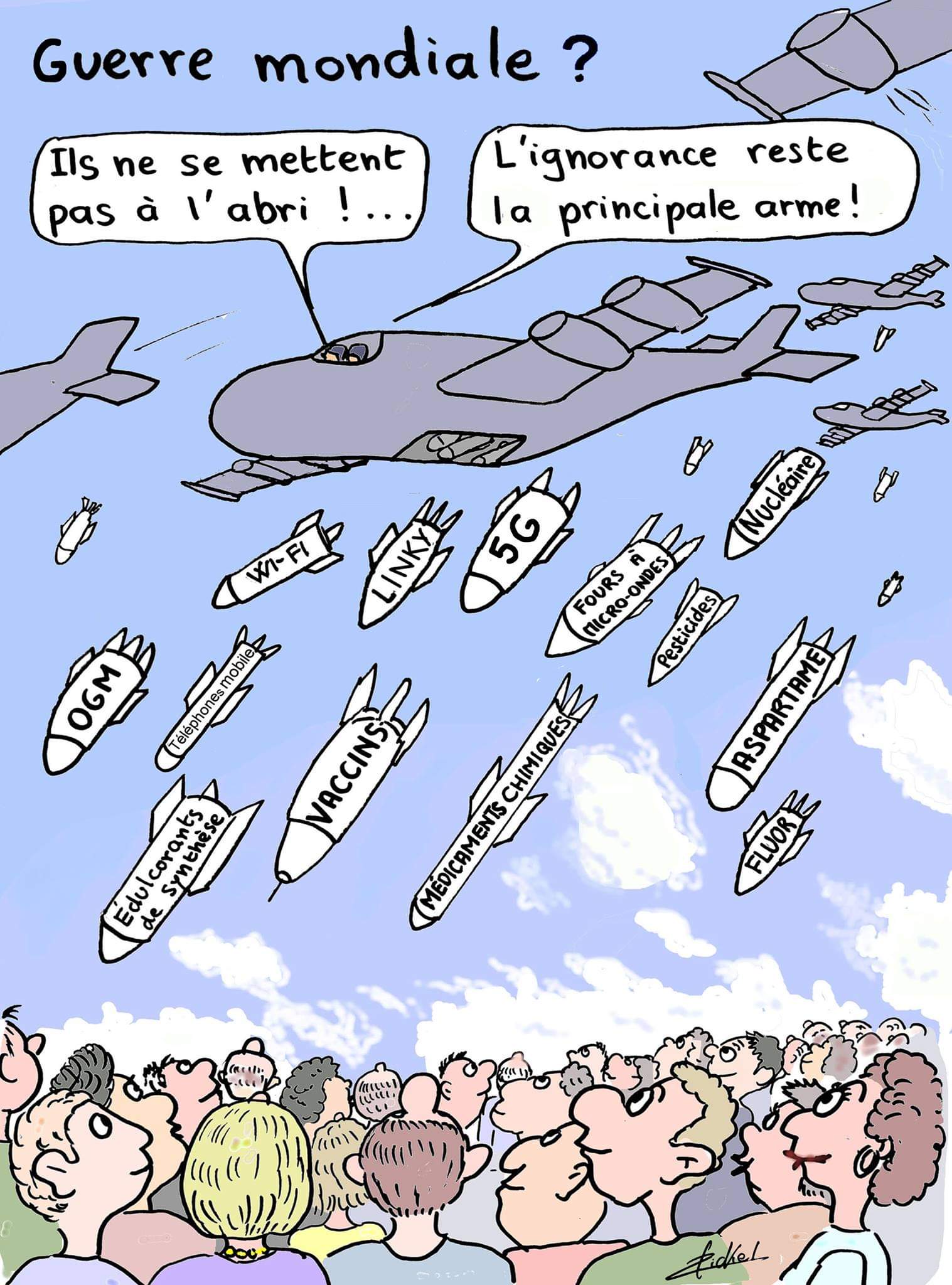